You add a dollop of honey to your tea, spread it on toast, and drizzle it on ice cream. What if you could have an unlimited supply of this golden elixir? Instead of buying honey at the store, consider starting a beehive and keeping a honey-producing colony in your backyard.

Beekeeping is becoming more popular. The USDA National Agricultural Statistics Service estimates that honey production increased to 19 percent between 2013 and 2014, with the average hive producing upwards of 65 pounds.

With a little know-how, starting a hive is a sweet way to support pollinators and turn a hobby into delicious honey.

A beehive is inhabited by a colony of up to 80,000 honeybees. From a distance, all bees look alike. Take a closer look and you’ll see three distinct types of bees in a beehive:

The queen: There is just one queen in a hive. The queen is the largest bee and the only female with fully developed ovaries; her job is to lay eggs – up to 1,500 per day. Her health is the key to a strong and productive hive.

Workers: Workers are sexually undeveloped females and cannot mate (if the colony loses its queen, workers can lay eggs, but their offspring are drones). Their role is to collect food and water for the colony, care for the larva, and guard the hive against intruders. There are about 60,000 workers in a colony.

Drones: The only males in the hive, drones mate with the queen to maintain the population of the colony. Drones do not work and do not have stingers. The number of drones in a colony varies with the season; the population is higher in the spring/summer, but they are kicked out at the end of the season when it’s harder to obtain food. 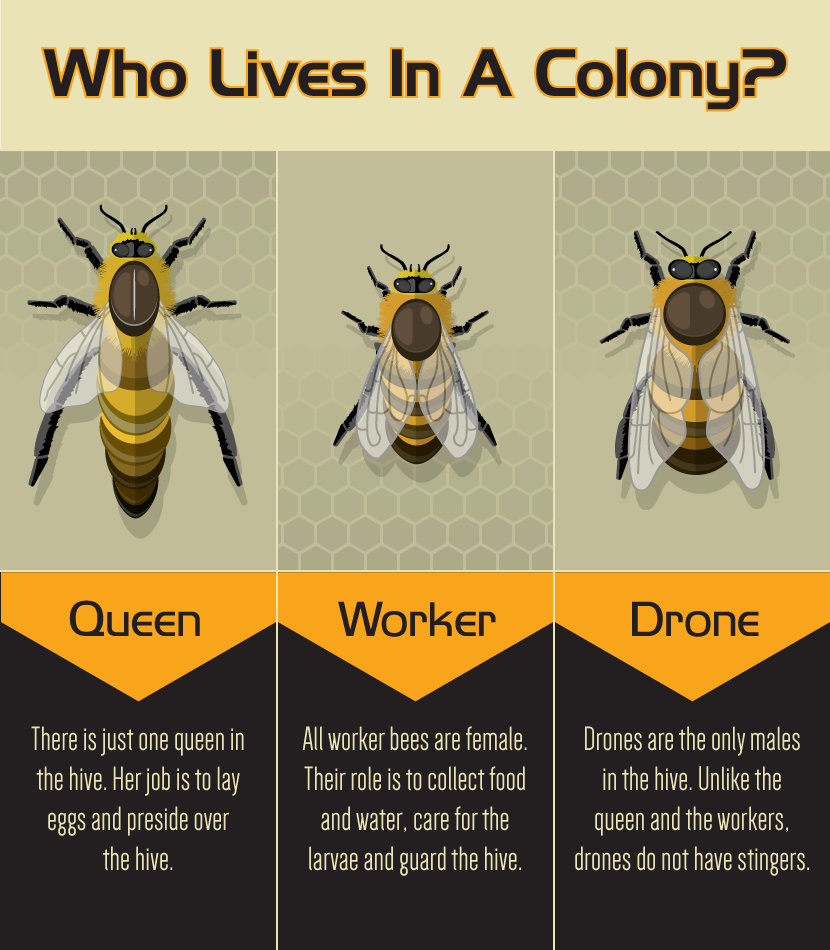 Setting up a Hive

A beehive is made up of seven components, including (from top to bottom): 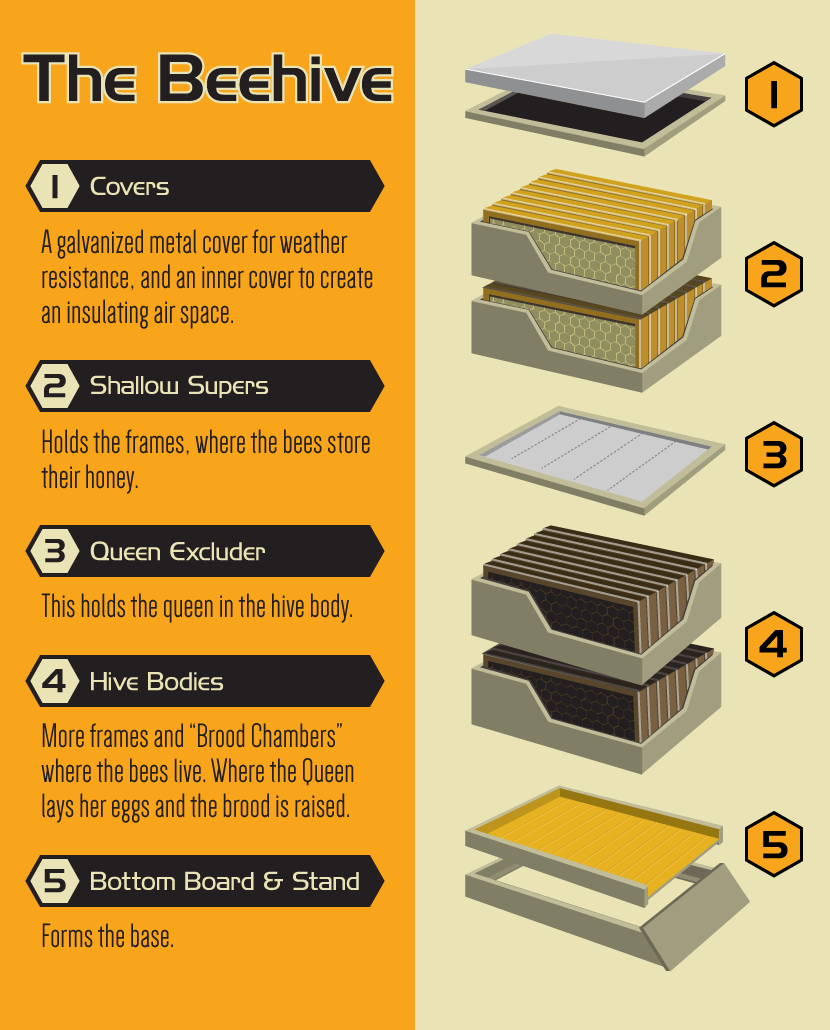 In addition to a hive, beekeepers need some basic equipment:

Smoker: Blowing smoke into the hive pacifies the bees before inspections or honey harvesting.

Hive tool: A tool with a narrow metal edge that helps pry the frames apart during hive inspections.

Capping knife: A serrated knife that uncaps the honeycomb to start the flow during harvest.

Protective gear: Most beekeepers wear a veil and gloves to protect against bee stings. When working with the hive, it’s important to wear light colors (bees perceive dark colors as danger and may be more inclined to sting).

You can purchase starter hives from beekeeping supply stores. Some beginner kits include a hive and all the equipment you need to get started.

Start your hive in the spring when trees and flowers are in full bloom, giving your colony plenty of nectar and pollen to survive the winter.

Once you have a hive, you need bees. You can purchase “packages” of bees – a complete hive that includes a queen, workers, and drones – to inhabit your hive. Beekeepers and beekeeping supply stores sell packages for around $80. As beekeeping is becoming more popular, the demand for bees is high; it’s a good idea to reserve your package in advance so your hive doesn’t go uninhabited all season.

You can also start a hive by capturing a swarm. A swarm occurs when the queen and thousands of worker bees leave the colony to start a new colony and appear as a “ball” of bees clustered together outside the hive. Capturing a swarm is a task best left to experienced beekeepers.

Beekeeping is not a hands-off hobby. It’s important to inspect the hive on a regular basis to make sure the colony is thriving.

Follow these four steps for a successful hive inspection: 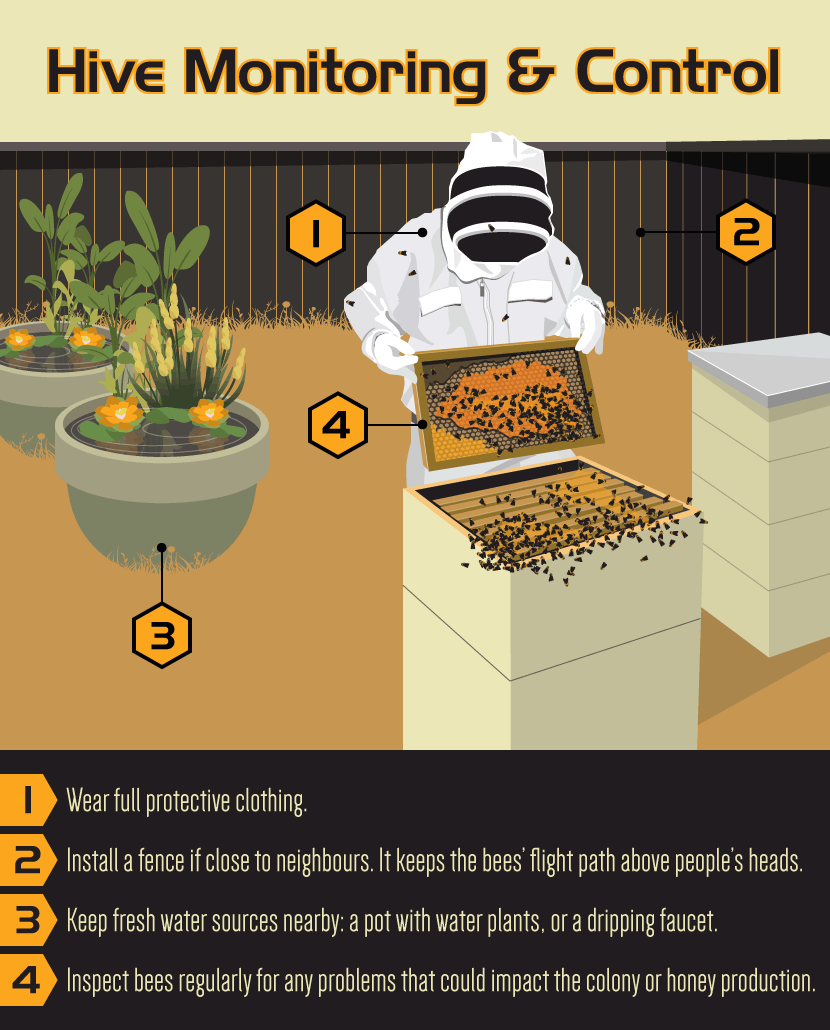 For beekeepers, the sweetest time of the year is harvest time! You won’t harvest honey the first season (the bees need ample stock to survive the winter). The following spring, don your veil and gloves and prepare to taste the rewards of beekeeping.

How Goats Are Regenerating A Forest & Protecting This Town From Bushfire…

Yes! I’ll be one step closer to my dream in a month.

20 ltrs a year per hive in Australia if you do it right.

Madhur Chhabra we should start this also