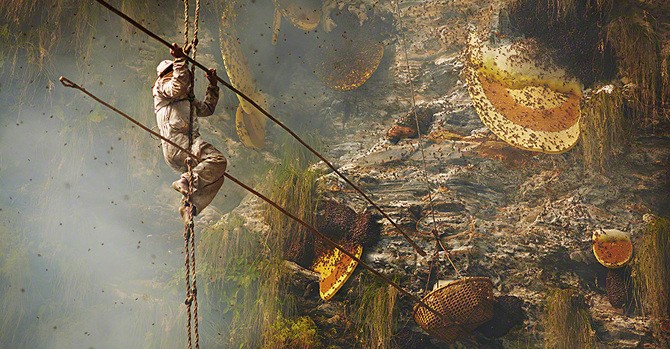 In the harsh wilderness of the Himalayan Mountains live the Himalayan Cliff Bees; the world’s largest honey bees.  They can grow up to three centimeters in length and produce a red colored honey unlike any other.  The people of China and Nepal tout the benefits of this honey that not only helps with diabetes, hypertension, and sexual performance but also has power psychoactive properties… 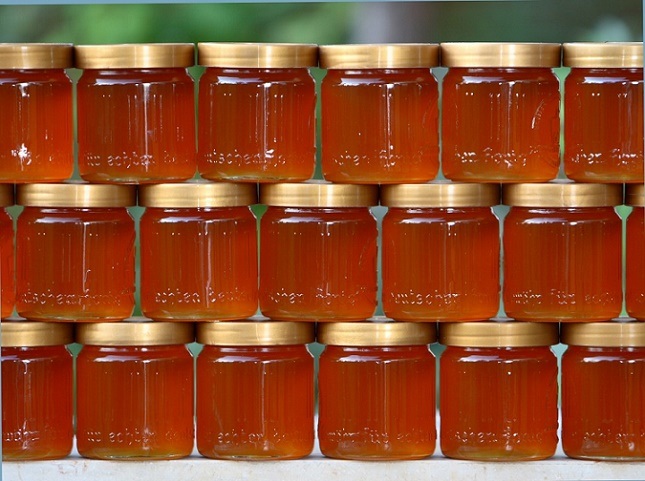 Being high up in the Himalayas, getting to the honey is no easy feat.  However, there is a tribe of Gurungun people known as the honey hunters who brave the expedition at least twice a year and are able to make a living off of the powerful nectar…

How Goats Are Regenerating A Forest & Protecting This Town From Bushfire…

Huh. I wonder what plant produces the nectar that gives them that honey?

i know.. id eat some lol

It said in the Video, it is a type of Rhododendron

Good veiw they look so happy

Look at this Jorge Dourado

Best and most healthy way to get high, I guess

Who cares about the honey, those hives look so cool

Don Lovejoy up for a hiking adventure? 😉

Anyone want to go on an adventure?

Ok so, as you stepped into such controversial topic, then, imo, you should start talking about iboga, ayahuasca and peyote. You might get some good karma points..

My sitters neighbour has an ayahuasca hut in their yard. She gives me a heads up when theyre having a session so I can be ready for the 911 calls when they start hallucinating and vomiting everywhere lol

There has to be something big to make a beekeeper shimmy up a rope like that…..

And the beekeepers are Yeti snow monsters who are distant cousins of the Sasquach who regularly meet with the Grays of Gama reticuli 6 for flying saucer lessons.

(Eng., “pharmacy,” etc.) primarily signified “the use of medicine, drugs, spells;” then, “poisoning;” then, “sorcery,” Galatians 5:20 , RV, “sorcery” (AV, “witchcraft”), mentioned as one of “the works of the flesh.” See also Revelation 9:21; 18:23 . In the Sept., Exodus 7:11,22; 8:7,18; Isaiah 47:9,12 . In “sorcery,” the use of drugs, whether simple or potent, was generally accompanied by incantations and appeals to occult powers, with the provision of various charms, amulets, etc., professedly designed to keep the applicant or patient from the attention and power of demons, but actually to impress the applicant with the mysterious resources and powers of the sorcerer.

Scott Daniel have you seen this?!

What makes the honey hallucinogenic?

Great little documentary video with info about the honey ?