Graphene Loophole Could Provide “Clean And Limitless” Energy In The Future… 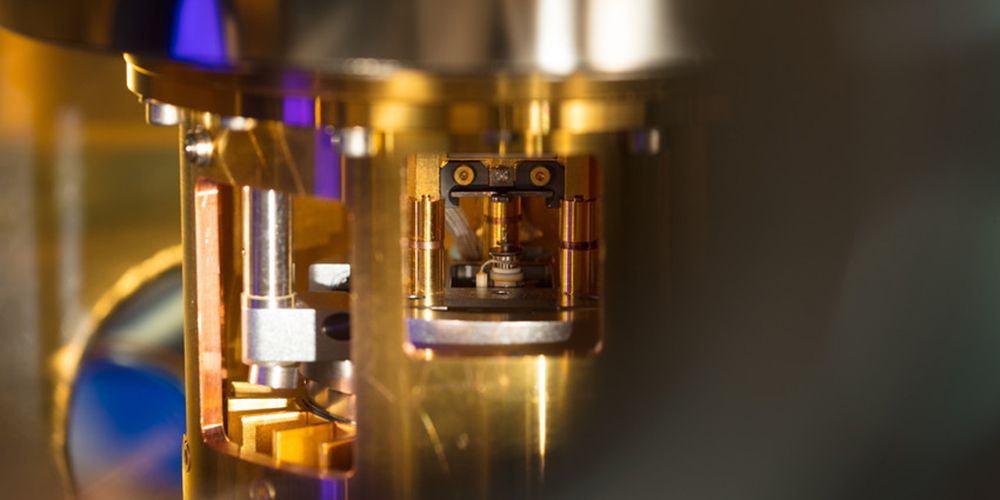 Graphene is a seemingly impossible material. For years, scientists had theorized that lifting a single layer of carbon atoms from a chunk of graphite could produce the first two-dimensional material, which they called graphene. Finally, in 2004, this was accomplished by two physicists at the University of Manchester, who earned the Nobel Prize in Physics for this breakthrough. There was a problem, however: two dimensional materials violate the laws of physics. Without the support of a substrate, physics predicts they would tear apart or melt, even at a temperature of absolute zero. Physicists had to find a loophole to explain their existence. 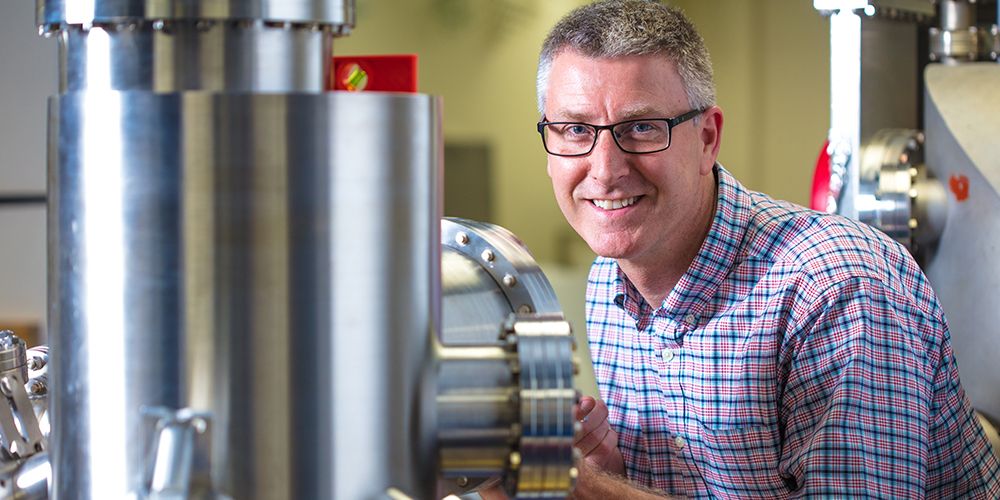 That loophole turned out to be related to a phenomenon known as Brownian motion, small random fluctuations of the carbon atoms that make up graphene. This causes the material to ripple into the third dimension, similar to waves moving across the surface of the ocean. These movements in and out of the flat surface allow graphene to stay comfortably within the laws of physics.

Ever since Robert Brown discovered Brownian motion in 1827, scientists have wondered whether they could harvest this motion as a source of energy. The research of Paul Thibado, professor of physics at the University of Arkansas, provides strong evidence that the motion of graphene could indeed be used as a source of clean, limitless energy.

To study the movement of graphene, Thibado and his graduate students laid sheets of the material across a copper grid that acted as a scaffold. This allowed the graphene to move freely in the places where it covered each tiny hole in the grid. Then they used a scanning tunneling microscope, or STM, to observe the movements.

The STM creates images with atomic resolution by scanning across the surface of a material with an ultra-sharp, microscopic tip. Using the STM, Thibado’s team gathered a lot of information about the movements of freestanding graphene, but they had difficulty making sense of it. From one data set to the next, the results were not reproducible.

“The students felt we weren’t going to learn anything useful,” explained Thibado, “but I wondered if we were asking too simple a question.”

Thibado had his students look at the measurements in a different way. “We separated each image into sub-images,” he said. “Looking at large-scale averages hid the different patterns. Each region of a single image, when viewed over time, produced a more meaningful pattern.”

“The students felt we weren’t going to learn anything useful, but I wondered if we were asking too simple a question.” Paul Thibado

The more the researchers narrowed their focus, the clearer the patterns became, so they zeroed in even further, reducing the area the microscope scanned until they were looking at only one ripple at a time. Eventually, they tried something new: pausing the scan and simply taking measurements from a single spot, “like looking at a buoy which only moves up and down in the ocean,” Thibado explained. This was a novel use of STM and marked the turning point in their research.

When Thibado’s team analyzed the “point mode” data, they could observe two distinct features: small Brownian motion and larger, coordinated movements. In these larger movements, the entire ripple buckled, flipping up and down like a thin piece of metal being repeatedly flexed.

The pattern of small random motion combined with larger sudden movements is known as Lévy flights. This phenomenon can be observed in a variety of contexts, such as biomedical signals, climate dynamics, the behavior of foraging animals, and even the movement of crowds at Disney World. Thibado is the first to have observed these flights spontaneously occurring in an inorganic atomic-scale system. His team published these results in the journal Physical Review Letters.

Other researchers have theorized that temperature-induced curvature inversion in graphene could be used as an energy source, and even predicted the amount of energy they could produce. What sets Thibado’s work apart is his discovery that graphene has naturally occurring ripples that invert their curvature as the atoms vibrate in response to the ambient temperature.

“This is the key to using the motion of 2D materials as a source of harvestable energy,” Thibado said. Unlike atoms in a liquid, which move in a random directions, atoms connected in a sheet of graphene move together. This means their energy can be collected using existing nanotechnology.

Thibado has taken the first steps toward creating a device that can turn this energy into electricity, with the potential for many applications. He has been awarded a provisional patent on this invention, called a Vibration Energy Harvester, or VEH.

Such a device would involve a negatively charged sheet of graphene suspended between two metal electrodes. When the graphene flips up, it induces a positive charge in the top electrode, and when it flips down, it charges the bottom one, creating an alternating current.

The pieces of graphene in Thibado’s lab measure about ten microns across, so tiny that more than 20,000 of them could fit on the head of a pin. Each Levy flight exhibited by an individual ripple measures only 10 nanometers by 10 nanometers, yet could produce 10 picowatts of power. As a result, each of these micro-sized membranes has the potential to produce enough energy to power a wristwatch, and they would never wear out or need charging.

Thibado’s research is funded by the National Science Foundationa, and he is working with scientists at the Naval Research Laboratory to create a proof of concept for his tiny electric generators. They will also be experimenting with other 2D materials, in addition to graphene. Ironically, Thibado found that the superior conductivity of graphene—a characteristic that that allows it to excel as a material for creating tiny electric circuits in other contexts—makes it less than ideal for his purposes. His VEH device yields more energy if the active material is not conductive, because if electrons move too easily across it, this lowers its efficiency. Thibado is studying other 2D materials to determine if they could produce energy more efficiently than graphene.

Thibado predicts that his generators could transform our environment, allowing any object to send, receive, process, and store information, powered only by room temperature heat. This would have significant implications for the effort to connect physical objects to the digital world, known as the Internet of Things. This self-charging, microscopic power source could make everyday objects into smart devices, as well as powering more sophisticated biomedical devices such as pace-makers, hearing aids, and wearable sensors.

BS. Even at 1 atom thick it is still 3 dimensional

I don’t think they have explained the REAL problem very well. How does the expected ripples from Browian motion prevent this planar material from breaking apart? Seems the need for a substrate is strictly mechanical to give rigidity and handle stress and strain. Beyond this, are there subatomic forces at play that you say physicists were defying? Very poorly written to explain what phsicists (or chemists) had to overcome to develop graphene.

Unless I missed it, I did not see where the article hit the mark: Just how much energy can one hope to gain from these Brownian ripples (Levy flights) per sq. unit of graphene for a given ambient temp?

Nope, sure would be cool though

When I read and understand amazing and dense concepts like this I go sort of nuts! I am so excited to feel the widening of my horizons! Yes, I have a few preconceived attitudes about energy production and am in love with graphene, but this is soooooo F***ing cool!!!

You can be sure governments and energy companies would never allow that to happen….

*gets bought, pattented and buried by coal and oil industry for 100 years*

Every time. Can’t be threatening the status quo now can we?

another cow to milk

Previous Post Cover Crops To Recharge Your Soil This Winter… Next Post How To Start Your Own 1-Acre, Self-Sustaining Homestead…

The Joy Of Growing A Food Forest Using Permaculture…