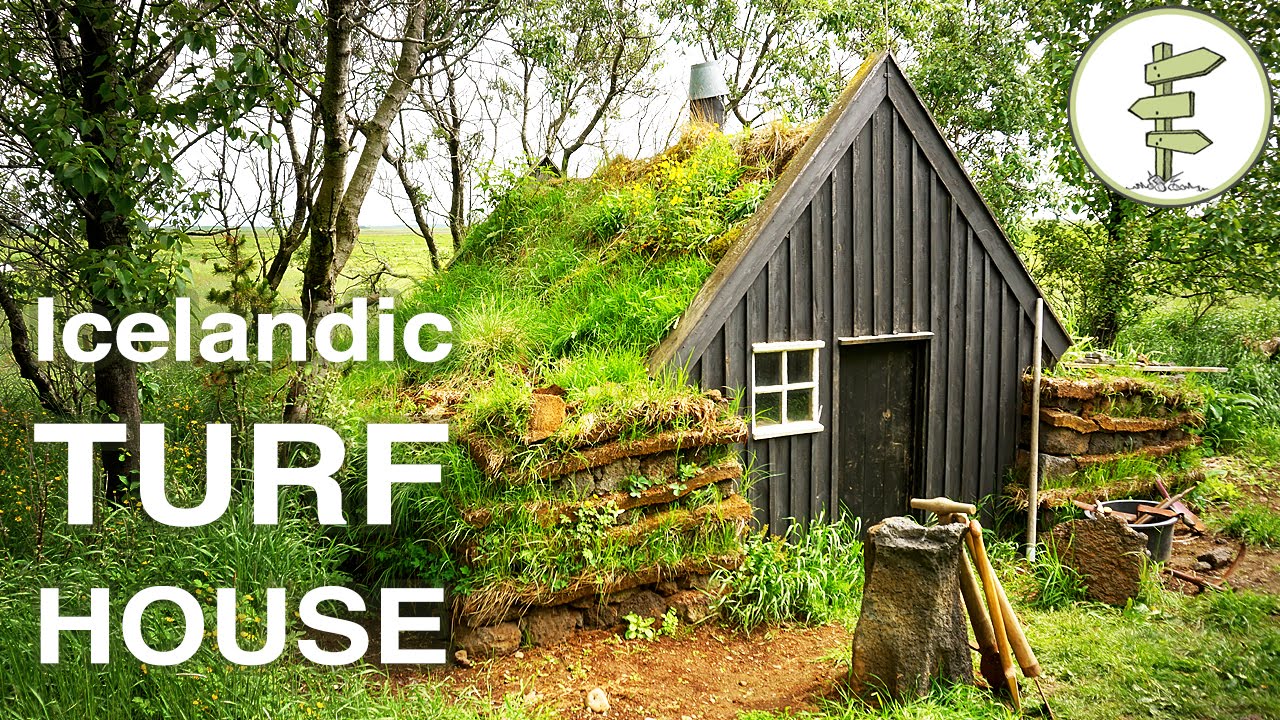 Turf houses are the original green buildings because they were built using local and natural materials. In Southern Iceland they used turf from the local wetlands and lava stones to build thick walls that would insulate the houses against wind and cold weather. They imported small amounts of wood, or used driftwood.

Most turf houses in Iceland were torn down after World War II when people were encouraged to modernize their homes which means there are almost no turf houses left. So we felt really lucky to visit the Islenski Baerinn Turf House museum in Southern Iceland and meet with Hannes who runs the museum and whose grandparents and great grandparents used to live on, and run, the farm.

Traditional turf houses, and especially turf houses on farms were built in clusters so you’ll see there’s many houses all linked together. Only one of them is actually the living space where you’ll find the beds. And then in the other houses you would find things like a horse stable or a food processing area, and they did this to take advantage of insulation from shared walls. Each house is joined together with hallways so that people could go from one area of the house to the other without having to go outside.

Inside the main home you can see that all of the beds were in one room and this was where everyone did all of their work, where they slept, where they ate, where they gave birth. Everything in an Icelanders life happened in this main living space and it really was communal living.

In addition to having really thick walls made with the lava stones and the turf, the houses are also dug and built into the back of a hill so that they’re protected from the cold Northerly winds.

Hannes completely restored this old farmstead with his wife and mother, and while he continued to use the traditional methods using the turf and the lava stones for the walls, he did use corrugated iron for some of the outer walls and some of the newer roofs. It’s really incredible to see how cozy and liveable these small spaces are even though they’re built with such basic natural materials. Check it out below…

Maybe we’re in the wrong country.

it seems like trump wants a Russian-Chinese style of “democracy” in the US and that’s what he is working up to with every move.