The Last Time The Globe Warmed Here’s What Happened… 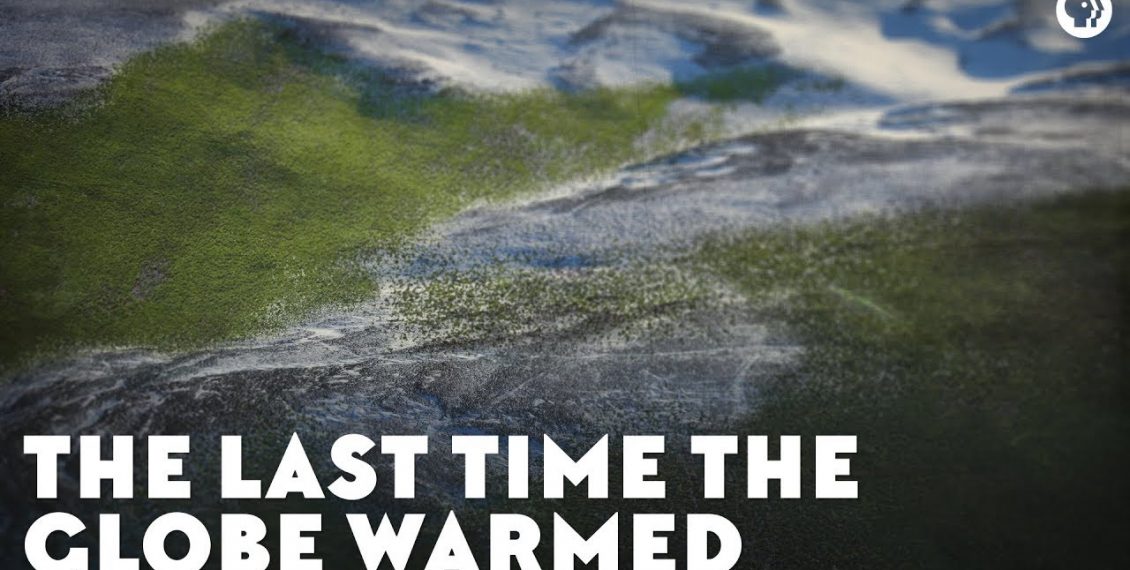 Imagine an enormous, lush rain forest teeming with life… in the Arctic. Well there was a time – and not too long ago – when the world warmed more than any human has ever seen (so far). Ancient warming took place over the course of just two hundred thousand years, the blink of an eye in geologic time and it ended much like it began suddenly and mysteriously.

It all started 56 million years ago at the very end of the Paleocene epoch when life was still recovering from all the unpleasantness of the Cretaceous Paleogene extinction event, which wiped out the non-avian dinosaurs and things were already warm by today’s standards.

But that was about to change – in fewer than 20,000 years the global average temperature increased by an additional five to eight degrees Celsius.

This remarkable and sudden warming event is known as the paleocene-eocene thermal maximum or PETM and it had a massive effect on life on earth.

One study of marine sediments from the Arctic showed that at the peak of the PETM as much as 1.7 billion metric tons of carbon were released into the atmosphere every year for at least 4,000 years on earth.

The scariest thing? Whilst it took thousands of years to raise the temperate of the earth those five to eight degrees Celsius, now we pump out more CO2 on a faster basis than during the PETM event.

In 2014 alone, it was 9.8 billion metric tons. So not only are we pumping more CO2 into the atmosphere every year, but we’re doing it faster rate than ever before. In the short video below by “PBS Eons” you’ll discover what happened during the PETM  and what could be in store for us in the not too distant future. Check it out below…

Y’all need to study the Bible

I prefer my fiction to be slightly more contemporary

Its in revelation… you know when humans almost destroy the earth? You better study it yourself before you accuse others.

Ya all need to stop voting for people who want to destroy creation! Seems you should be a bit more concerned with that NOW.

You voted for the anti christ anyway. lmao good job!

So we acknowledge this has happened before? And everyone driving a fucking Prius didn’t prevent it then either?

Quote-
“One study of marine sediments from the Arctic showed that at the peak of the PETM as much as 1.7 billion metric tons of carbon were released into the atmosphere every year for at least 4,000 years on earth.”

Don’t let the facts get in the way of good story, it’s all in God’s plan
?

However, that time did not have humans strip logging the forests at the same time

Jennifer Cockayne the Earth has more trees now than it did 35 years ago. The US has more than it did 100 years ago. Not saying it’s not bad in most of the world, but I know it’s substantiality better in the US. There is much more wildlife habitat. We definitely need more forest clearing in some of our national forests, Yellowstone is horrible.

`Brazil is cutting forest in huge numbers, indonesia is stripping forest. Californis is having forests burnt. i believe the Yellostone is improving with the addion of wolves, but is is a while since i heard anything. Chinal and India are planting large numbers of trees, but they are still immature seedlings. NZ is planing trees as well. As for more than 35 years ago, i do have my doubts on that. can you show me the figures comparing the times?

I think this is far too complex for many people and certainly at over 10 minutes the POTUS isn’t going to watch it.

Johnny ‘Jahlfrezi’ Morris and tell me johnny why wasn’t your name on the ticket to be president? You are apparently a self acclaimed genius.

Jeff Janes
Obviously nobody is as smart as you

Jeff Janes because I’m English and not allowed to stand. And I was merely pointing out that the current POTUS has a very short attention span. Hardly the observation of a genius.

I think that the power of our president seems to be highly exaggerated. President Trump really doesn’t have the power to stop, slow down, or increase the rate of global warming, I mean climate change… We can continue to take our tax dollars and support the rest of the EU and the middle East, but CO2 emissions aren’t going to change. We can give the global summit a bunch of cash and tax our carbon footprint or some other made up catch phrase… The fact is there was a 2°C global warming which caused crops to flourish during the dark age of Europe. Peasants became wealthier, people started painting and composing in thier free time…
If you really want to see some places to make a change look at India and China. Go take a walk on thier beaches, breath the air , and try the water.

they were there and saw the whole thing right?