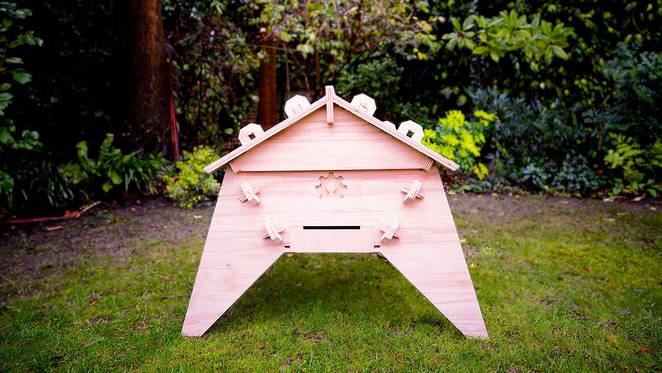 Combining elements of natural beekeeping, citizen science, open source hardware, and networked smart devices, these DIY beehives could be a powerful tool in the fight against Colony Collapse Disorder.

Honeybees are amazing creatures, because not only are they responsible for producing that jar of honey on your counter by flying tens of thousands of miles and visiting millions of flowers, but they’re also an incredibly important part of our ecosystem, working tirelessly as pollinators. In fact, without honeybees and other bees, our agriculture and food system would look drastically different, as bees pollinate about 70 of the top 100 food crops, and are said to account for 80% of pollination worldwide.

The bad news, which we’ve been covering for years, is that honeybees and other pollinators are struggling worldwide, and that “bee decline” events such as Colony Collapse Disorder (CCD) can wipe out huge populations of bees in a very short time. Considering how intricately our lives are interwoven with honeybees in our food system, the knowledge that we’re seeing massive die-offs among these pollinators is kind of staggering.

Finding the answers to bee decline might come from a collaboration between citizen scientists, hobbyist beekeepers, and data scientists, and Open Source Beehives (OSBH) believes that open source beekeeping hardware is one place to start… 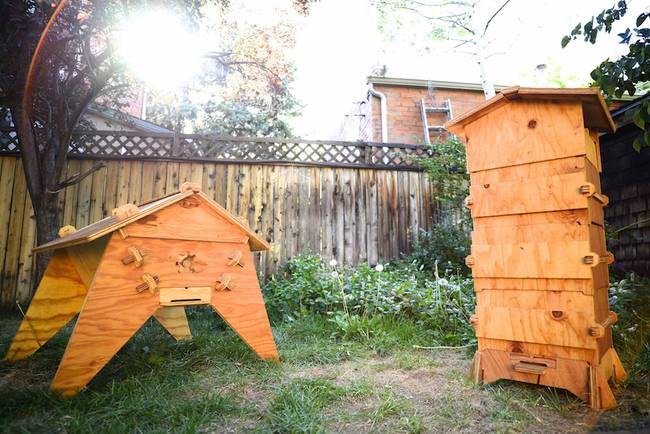 OSBH, which consists of “a team of ecologists, beekeepers, makers, engineers, and open source advocates who believe that citizens, rather than governments or corporations, can solve this problem by taking action together,” has developed two versions of open source beehive designs, which can be downloaded freely and used to “print” either hive from a single sheet of plywood. The “printing” is actually done with a CNC router, which makes precision cuts with minimal waste, and can be accessed at a woodshop or makerspace so the hives can be built locally.

Along with the innovative beehive designs, which can be flat-packed and are assembled without glues or screws, OSBH is developing an open source sensor kit that monitors the condition of the colonies and shares that data with a freely-viewable online repository via the Smart Citizen platform. By making the data open and freely available online, OSBH is enabling analysis and comparison of bee colony data on both a large scale and a regional scale, as it incorporates not just the sensor data but the geolocations of the hives themselves.

Open Source Beehives originally launched on Indiegogo, where the team raised $63,000 to further refine the designs and to publish the plans and guides online, and now are working with a distributed team of collaborators to develop the sensor kits. Here’s a video interview from IntoConnection with two of the team:

If you can’t wait to download and build one of these open source DIY beehives, head over to the website and grab the files right now, but if you’d rather wait and buy a completed kit from OSBH when they’re available, you can sign up for updates at the bottom of their home page, or follow along with their Facebook page. (Via: TreeHugger)

If I didn’t have annoying neighbors this be awsome

Cameron Paul, beehouse, with the potential to also be a cat house, or a tortoise house

Great will take a look Ta.. Currently planning on building a warre hive but will check this out.

That is just awesome!

Sorry but I’m really confused here – and after watching the video still have no idea what the guys who are doing this actually know about beekeeping. The hive shown in the picture above is pretty much useless as a beehive. Bees build comb downwards so there has to be a way to nadir the hive by adding more boxes to the bottom of it and, as the bees move down the boxes building more comb, filling it with honey and then capping it, you take the filled box off the top (making sure to leave plenty of honey for the bees to survive the winter on). Yes this hive looks cute and pretty but is not functional at all and would do nothing to ensure the health of the bee colony.

Or better yet, make one yourself out of a plentiful renewable resource – wood!