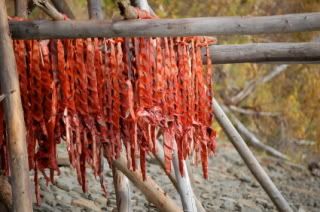 “Before huge multinational corporations did it for us, humans had to figure out how to turn raw, unrefined formerly-living things into food that could be cooked or eaten.

And before standup freezers, refrigerators, ice boxes, canned soup, bagged bread, tinned fish, and grocery stores hit the scene, we had to figure out how to preserve foods.

Yes, we humans were a wily, resourceful bunch – still are, if you give us half a chance – who came up with an impressive number of food preparation and preservation techniques over the ages. Some techniques were designed solely to preserve the food. Some improved the taste.

Others increased the density of the nutrients, as well as our ability to access them. Still others were simply concerned with removing natural toxins and making the food safe to eat…”