Most Popular Worm Composting Bins For The Garden… – Eco Snippets 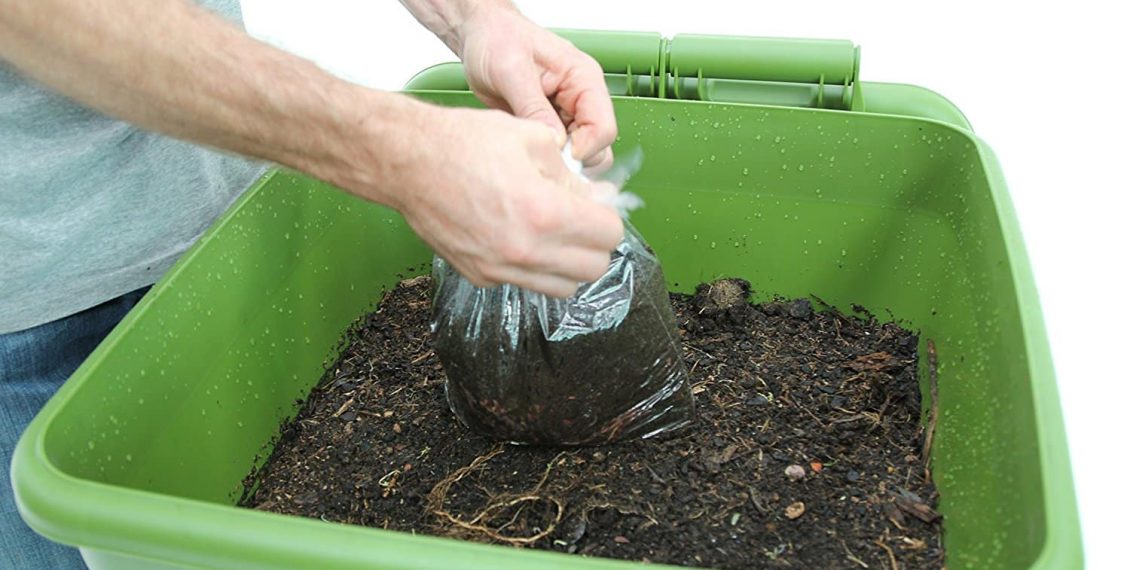 A high quality worm composting bin is a must have tool for every serious or hobby gardener alike. Most gardeners will have both a standard composting bin (or compost heap) and a worm farm as they provide very different functions.

Unlike traditional composting bins where the by product you use in your garden is standard compost, when composting in worm farms we use the actual worm poo as a very nutrient rich slow release fertilizer for the garden. That worm poo can be added directly to the soil around plants, or it can also be turned into a worm tea to water on plants to add beneficial microbes and nutrients, or as a foliage spray to help deter disease and pests.

A high quality worm bin will be made from robust weather resistant material, provide an ideal environment for the worms to live in and multiply, have easy access to be able to add food scraps, kitchen waste and other organic material into it, and an easy method of extracting the worm poo and worm leachate (the liquid that runs through the worm bin) for use in the garden.

Each tray has holes in the bottom that are large enough for worms to move up into the next tray placed on top, in search of new food, as the food in the bottom tray is turned into worm casting (worm poo). The process is then repeated by adding another tray on top of the next and so on. When you want to harvest your worm castings for the garden, you’ll take them from the lowest tray.

A flow through worm system is different in that it is generally a single unit / bin rather than a series of individual trays. Food scraps are continually added into the top of the bin, and over time, the worms work their way up to the newer food scraps leaving the lower level of the bin almost essentially pure worm castings. You then harvest the worm castings from the bottom of the bin (which moves all of the contents down) and continue in this “flow though” motion of adding new scraps to the top, and harvesting castings from the bottom.

If you would like to learn more about worm farming, be sure to check out the Worm Farming Secrets website and free email newsletter. In the meantime, here are some of the most popular worm composting bins for operating your own worm farm, based on customer reviews from gardeners that are actually using them in their gardens…

The “Worm Factory” is one of the most popular stackable worm composting systems on the market. It is made from robust high quality recycled plastic and comes with 4 stacking trays but it can be extended to include 8 (additional trays can be purchased for around $20 – $30 each). The lid of the system can easily be removed to add in food scraps into the top tray, and it can also double as a convenient stand to place the remaining trays in, when harvesting castings from the lower trays.

The lowest tray in the system collects the liquid the flows through the worm farm and can be harvested out of the system using a handy spigot, simply turn to open it and to pour the liquid into a bucket or watering can. The Worm Factory comes as a one step ready to assemble system, and also comes with a handy instruction manual and DVD. As previous customers have said…

“This is the best small unit in the business. Worm tea making is easy and essential…”

“Nothing to dislike seems to be working great. Arrived in a timely fashion, great instructions and easy to start…”

The “Hungry Bin” worm farm has been designed and manufactured in New Zealand and is fast becoming the most popular “flow through” worm composting system for the home gardener. When fully operational it can process up to 4 lbs / 2 kgs of organic waste material per day resulting in an approximate output of 2 lbs / 1 kgs of worm castings per day.

There are no trays to stack here, simply unlatch the lid and add your food scraps into the top of the system. Overtime as the worms process that waste they will continue to move up into the new waste you add, leaving behind pure worm castings that can be harvested directly from the bottom. To harvest, simply unlatch the hatch at the bottom of the bin to remove the worm castings and use in the garden.

The Hungry Bin also comes with a liquid collection tray that simply sits below the entire system to collect the worm leachate that flows through it. Perhaps the best feature of the Hungry Bin is that it is supported by a frame on wheels allowing you to move the worm farm wherever you need to whenever you need to. Simply grab the handle, lean back, and away you go. As previous customers have said…

“Best in its class – I started out using a worm factory 360, which is ok – but once you stack 3 or more trays, it can get heavy and cumbersome to maintain. Each time you want to swap out a tray, you have to move the 2-4 trays on top, which always stick together. Not only does the Hungry Bin not have the ongoing maintenance issues, but the worms seem to like it much more as well (perhaps due to the increased surface area and airflow).

The wheels make it easy to move around depending on conditions and getting the vermicompost off the bottom is much easier and quicker than the worm factory. Don’t waste your time with other solutions – start with the Hungry Bin and save yourself a lot of time and frustration…”

“So well designed I bought a second one. Assembly is easy, and you can see how much thought was put into this worm bin. Looks just like a garbage can which is great. Heavy duty…”

Like the Worm Factory, the lowest tray in the system collects the liquid the flows through the worm farm and can be harvested out of the system using a handy spigot, simply turn to open it and to pour the liquid into a bucket or watering can. As previous customers have said…

“Fabulous, well-designed, comfy home for your worms. It fits nicely in my laundry room out of the way. Very easy to use and my worms are comfy. No more mass exodus from the bin, no smell and no fruit flies or other unwanted insects…”

Which of these do you own?